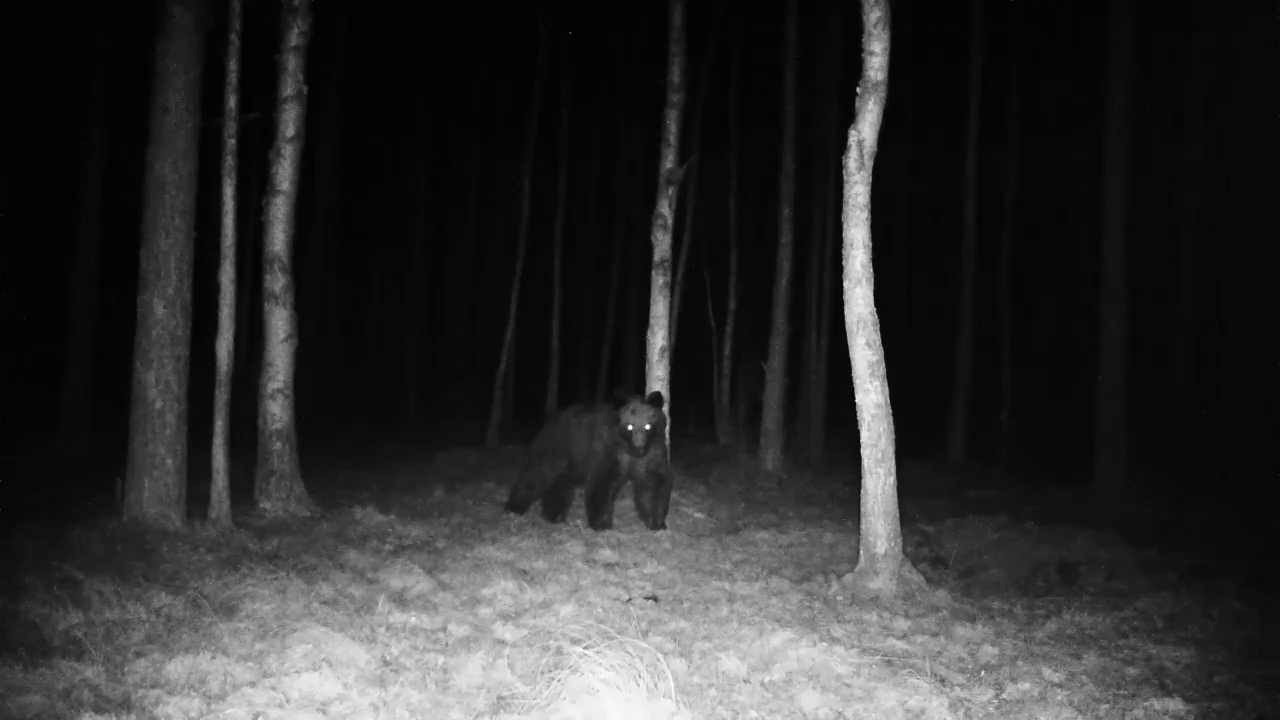 As of 2017, there are 150 bears in Poland. All of which live in the Carpathian mountains along the southern national border.

While not very numerous, our bears are part of Europe’s largest bear population – the 7000 strong Carpathian population, which stretches down through Slovakia, Ukraine, Serbia and Romania. The latter’s wild forests are the stronghold of this population.

A peculiarity of Polish bears that’s always struck me as fascinating is that they seem unwilling to come down from the mountains. This is curious, because bears are not exclusively a mountain species and have been protected in Poland since 1952. Moreover, historically they shared the same range as the wolf, spanning almost the entirety of the northern hemisphere. Recent mapping of potential habitat across Poland has confirmed that 20% of the country is suitable for them – particularly the vast forests in the northeast and northwest of the country. So, free from persecution and with empty forests waiting, why are bears hiding away in the mountains?

The issue seems to be habitat fragmentation – the lack of connecting habitats between the Carpathians and the more northerly forests. There is a large deforested and densely populated area running in a strip along the edge of the Carpathian foothills. On top of this, there’s the whole fenced off A4 motorway diving the whole area. Unlike wolves, bears seem to not have the capacity to traverse across anthropogenic landscapes..

The bear is the most sensitive of Poland’s large carnivores to anthropogenic landscapes. The lynx is similarly sensitive, though survives in the northeastern forests because it was never historically wiped out. But both the bear and the lynx distinctly lack the boldness of the wolf, who seems almost unrestricted in his capacity to colonise heavily anthropogenic landscapes.

To find out where Poland’s other iconic species live check out my other status maps of the wolf, lynx and bison.

To read about the latest appearance of a bear in Białowieża Forest, see here.

3 comments on “Bears in Poland. Where can we find them?”